With Mike off gallivanting helping a friend out in the French/Swiss Alps for the month, it could be a while before he writes anything here so I'm going to get this blog rolling - and if he doesn't like it he can delete it when he returns!
So it's November and as usual the Picos have their first real snow of the autumn. The first drop in temperatures (after a remarkably warm October) driven by a low-pressure front arriving from the north-west gave the most precipitation in the form of snow on Wednesday night. Here on the eastern side of the Picos the snow dropped to around 1,000m and the snowploughs had their first job of the season clearing the San Glorio pass.
Temperatures have been oscillating since but, still, it should be preparing the ground nicely for the coming winter 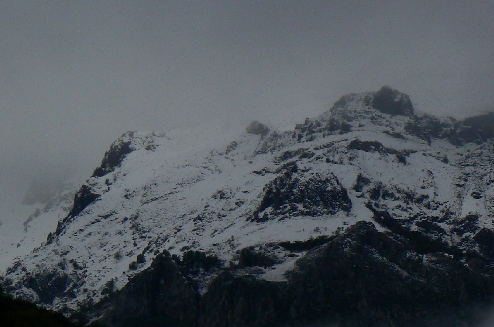