Flowering around mid-March (the same time as the Giant orchid, Barlia robertiana) to mid-April these dainty, cream-coloured flowers have been pickling either north-facing slopes or the partial shade of woodland edges. 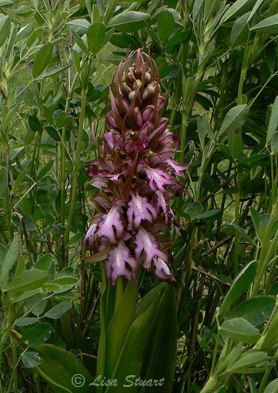 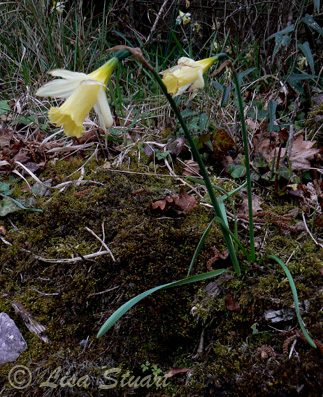 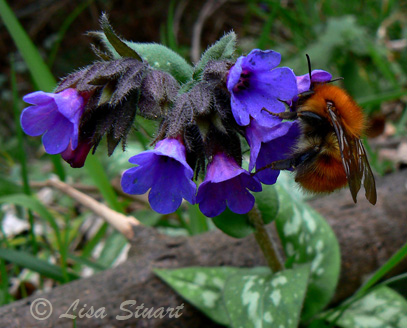 (One of the delights of photographing flowers, for me, is when an insect appears as if from nowhere. This time a gorgeous, orange-furred Bombus species, possibly muscorum). 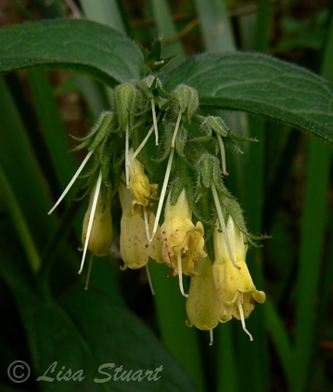 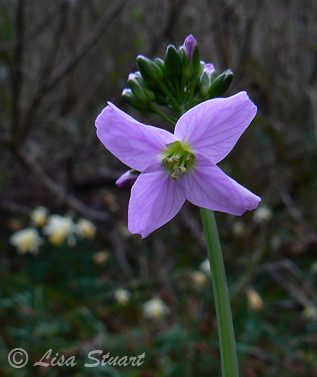 Back into the mountains and up to the Piedrasluengas pass at 1,355m the triple miniature Narcissus species were completed with the endemic N. asturiensis braving the cold wind and, down over the other side, flushes of the Hoop peticoat, N. bulbocodium, covering the newly exposed, wet green meadows of La Pernía. 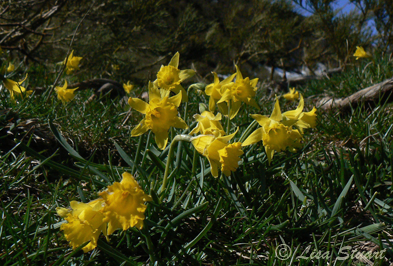 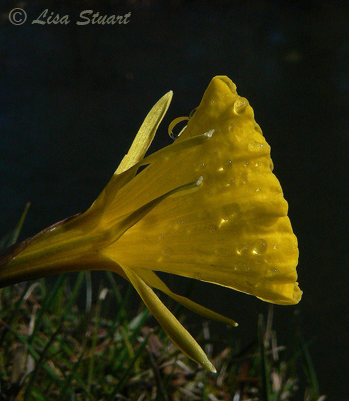 The first warmth of the sun is also bringing out carpets of the tiny, early-flowering Romulea bulbocodium. 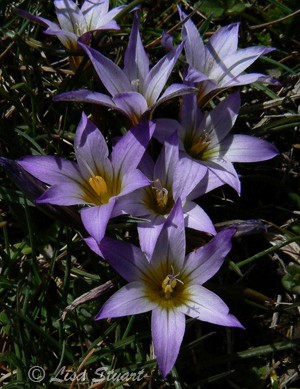 While spikes of the pink, tinged with blood-red, tubular flowers of Common fumitory, Fumaria officinalis, are shooting up wherever they can. 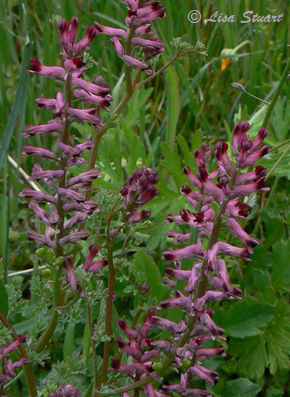