Just thought I'd post some images of the recent snowfalls in the Picos. As with much of Europe we've had heavy snowfalls and below freezing temperatures, something to be expected in the mountains but

not a regular occurence in the valleys here. It even snowed at sea level on the costa verde, not really laying of course.

The first is the Canal de San Carlos, @2,000m, in the eastern massif, a favourite for accomplished skiers. 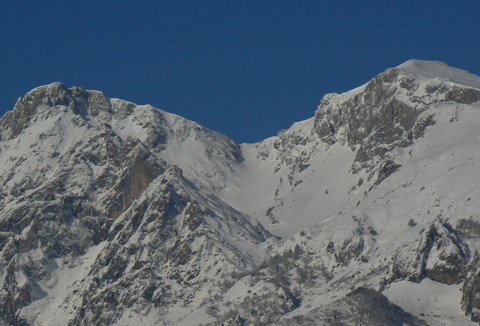 Here's a not-so-accomplished skier, eight year old Isaac, off on a ski tour from the top of the Piedraslenguas pass. 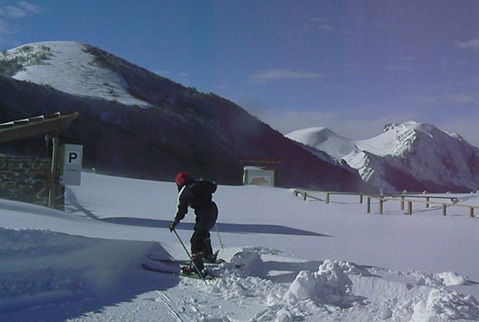 And the view from the mirador (viewpoint) of the central and eastern massifs of the Picos. Strong winds were causing spindrift. 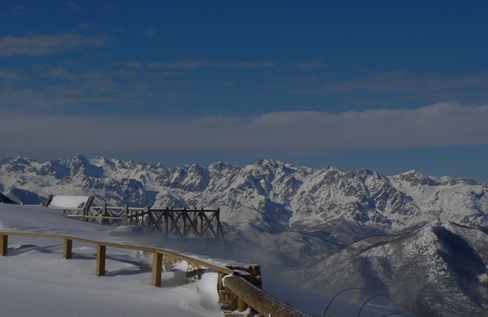 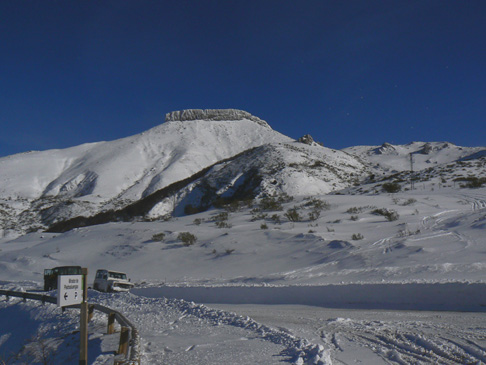