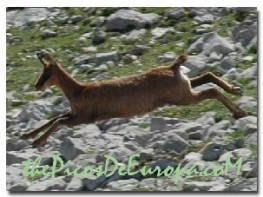 The Picos de Europa and Cantabrian mountains are home to a very special selection of European mammals. From the shy and rare Pyrenean desman to equally shy 400lb brown bears, there are some 70 species of notoriously elusive mammals in our area including the Iberian wolf and 21 species of bat.

The Fundación Oso Pardo (Brown Bear Foundation) have identified three blackspots in the Cordillera Cantábrica as being the main zones where poisoned bait is still being laid,