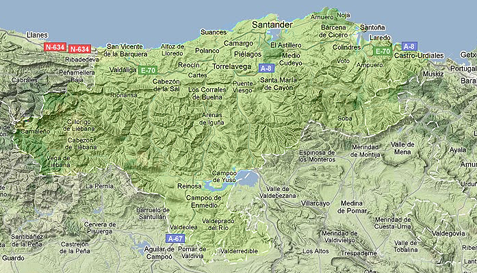 Liébana (not to be confused with the village of Lebeña) is the far western portion of Cantabria. Lying to the south and east of the Picos de Europa the region ( a Spanish "comarca") consists of three main

Surrounded by mountains the region was, until relatively recently, naturally isolated from the outside world, a Spanish Shangri-La. The only accesses are via the Hermida gorge to the north and the Piedraslenguas and San Glorio mountain passes to the south. Liébana enjoys a micro-climate, situated in a rain shadow enclosed by the Picos and Cantabrian mountains that catch much of the area's rainfall. The natural vegetation is a meeting of Mediterranean with Atlantic, hillsides clothed with deciduous Beech and Pyrenean oak and evergreen Holm oak. Since the advent of man much has been cleared and there are now also plantations of non-indigenous pine trees and vineyards. One of the region's best-known products is Orujo de Liébana, a fiery liquor similar to an Alpine Marc or Grappa distilled from the grape residue following wine-making. 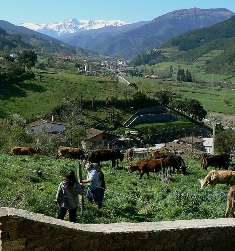 with most villages having at least one Posada (small country hotel) and apartments for rent although livestock are still an important part of life. Hay meadows provide winter feed for the mostly beef cattle and the less fertile, more precipitous ground is grazed by the dairy sheep and goats whose milk is used in cheese production. Various artisan cheeses are now being made as well as the traditional Queso Picón, the Cantabrian version of the very strong blue Asturian Cabrales.

The inhabitants here, Lebaniegos, through necessity were mostly self-sufficient. Many of the old houses had their own bread ovens, bodegas below stairs housed pigs and chickens as well as being cold stores for perishable foods and small herds of livestock shared, and still share, grazing pasture. In the villages people still grow their own fruit and vegetables while there are now weekly deliveries of bread and frozen foods. 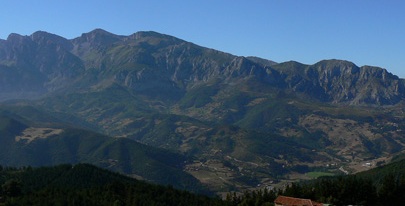