After 6 weeks of thaw, winter has (thankfully) returned. Not with the usual vengeance that normally follows such balmy winter weather patterns, but temperatures have significantly dropped.

From leisurely sunny lunches next to thawed out tarns, to finger freezing food stops.
The snow pack has obviously been the big loser over the past month or so, being effectively obliterated on the south facing slopes of the Cordillera and now hugging the north facing slopes above 1800m. The Central massif of the Picos in contrast has, again, held onto an impressive base with good cover on all aspects above 1,900m and it's still possible to ski on a strip of snow to the Kings Chalet at 1,700m.
A couple of 10cm dustings during the week have transformed the rock hard, icy north-facing slopes, which were only enjoyable on crampons, into great pleasure zones for snowshoes and skis.
More snow is forecast (see www.snow-forecast.com) for the end of the week. So fingers crossed, watch this space. 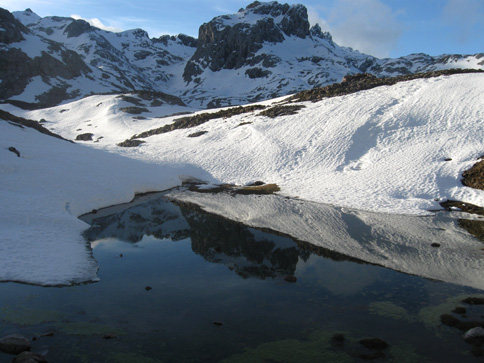 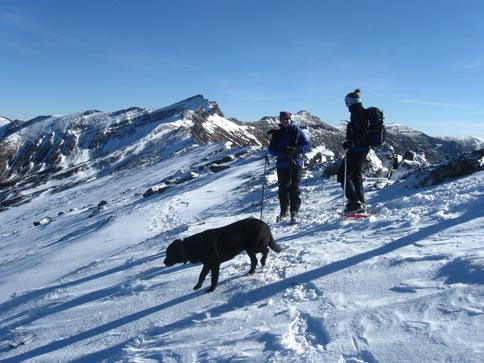 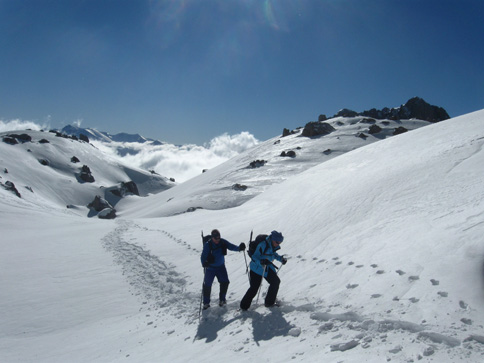 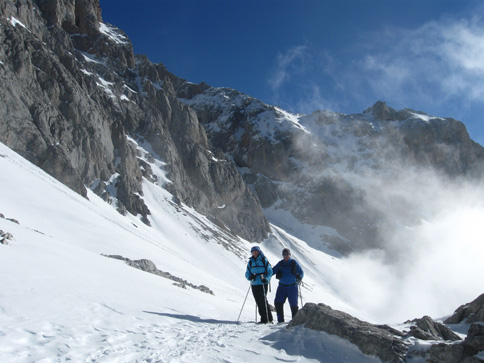 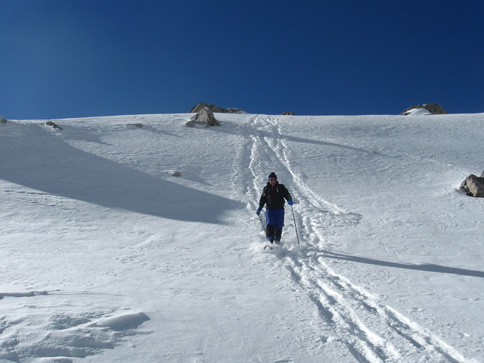 We're looking forward to welcoming back Sheena, Joe, and Tom as well as meeting some new clients from the Eagles Ski Club.... but still have weeks available for March and April!