My second day with the group was spent in meadows and crags of Vega de Liébana. First stop were some crags just below the village of Dobres where Jeff knew there were Crag martins nesting amid a resident Griffon vulture colony. 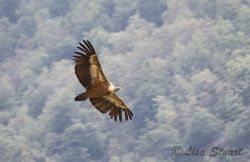 We watched and listened to the martins, Blue rock thrush, Black redstarts and Goldfinches as the vultures soared around us and after elevenses changed scenery for a nearby body of freshwater. Walking around the small lake I was stunned to see a large snake swimming, head held above the surface of the water, but forgot that snakes can hear so that it quickly dived before I could get the bins on it to find out whether it was Grass or Viperine. 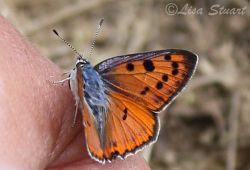 We pottered here for a few hours enjoying the damselflies, butterflies and an autochthonous White-clawed crayfish. A lovely, fresh Black-veined white butterfly kept immobile for us, especially pleasing as every other species seemed to be  a Small tortoiseshell. Not that I don't appreciate them, just that there were so many all week. I've heard that in Catalonia, and parts of the U.K. a similar thing is happening this spring with Marsh fritillaries. 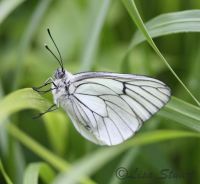 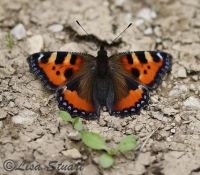 Following the miraculous appearance of a luxurious lunch and resisting the urge to take a siesta we descended to another favourite meadow of Teresa's, threatening weather pushing us on. 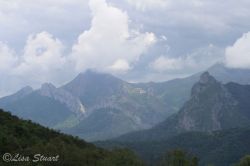 Here butterflies were roosting (in preparation for the storm?) but nothing stops their offspring. This Marsh fritillary caterpillar below devoured its scabious snack while I watched. The other caterpillar, remarkably similar to the previous Spotted fritillary is a Heath fritillary, all of its lumpy spine being an ochre hue. 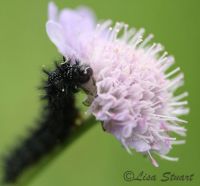 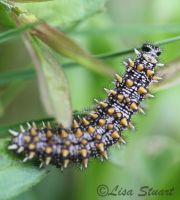 More "bichos" that day were an unusual Burnet moth that I think is Zygaena nevadensis and a pretty Crab spider, Thomisidae family, that is probably Misumena vatia.

Typical May weather here in the Picos, the storm didn't happen that day. In fact the sun came back out as I headed for home.