A Day in July

It was one of those years with a birthday ending in a "0" so I treated myself to a new camera and, just for the hell of it, added a couple of lenses. Happily this coincided with getting out and about to great dragonfly habitats.

The following pictures were all taken one day in late July 2010 in the Cordillera Cantábrica around a body of water we call a lake but in reality is a man-made reservoir for irrigating the hay meadows below.

Towards the end of the afternoon I caught one briefly resting. 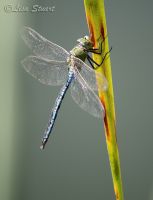 And a female ovipositing on the still water's surface. 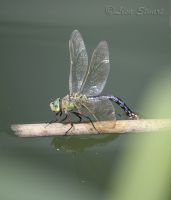 A more sedate Broad-bodied chaser, Libellula depressa, settled on a twig, the sun glinting off its pale, cornflower blue abdomen.

He'd been in the wars too by the look of him with chunks torn from his wings. Here's a close-up of his thorax showing the stained glass-like veining of the wings.

Another Libellula species, and the first I'd seen, a Four-spotted chaser, Libellula quadrimaculata, balanced on a stalk overhanging the water. There's very little sexual dimorphism in this species, the length of the claspers at the end of the abdomen determining the sex.

My favourite part of the lake, the stream where water fills it, is forded by a path and has stones sticking out and vegetation poking up making it also a favourite haunt of Beautiful demoiselles, Calopteryx virgo meridonalis.

I wasn't sure who was preying on who here, this male definitely wasn't stuck to the spiders web. 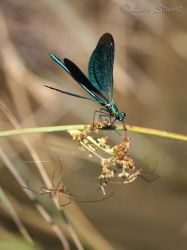 Back at the calmer waters of the lake more damselflies, the spreadwing Lestes sponsa, were also making the most of the sun. This pair are in tandem prior to the final copulation. 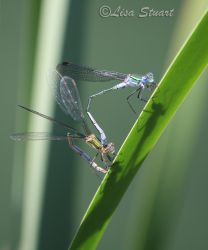 The male of this species certainly has beautiful, big, blue eyes. 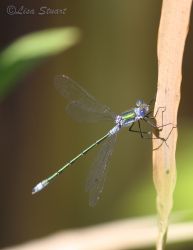 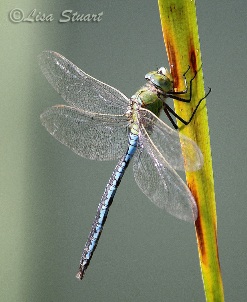 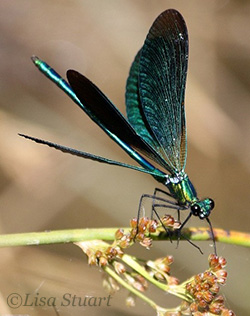 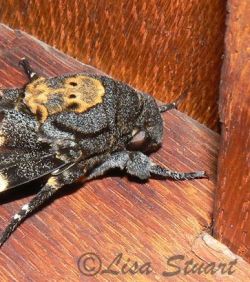 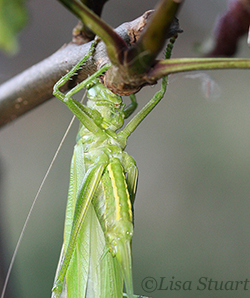 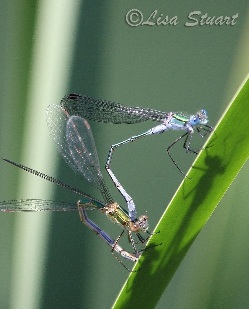 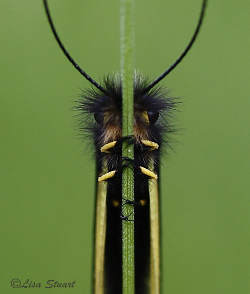 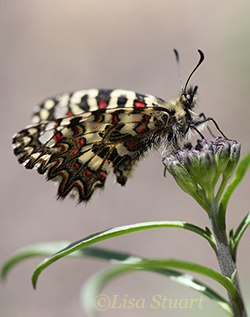