This May I was lucky to escape my usual routine and enjoy three days out with Teresa Farino and Jeff Clarke on their Picos de Europa guided wildlife holiday. Between these two experts in their fields they have bases pretty much covered, Teresa looking after plants, butterflies and moths and Jeff birds, mammals and other invertebrates.

Meadows and Woodland around Fuente De 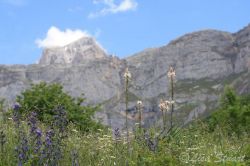 Dragging ourselves away from Swallowtails and various fritillaries we headed up an ancient track to the first orchid-rich meadow. On the way were the first of many owlflies (Ascalaphids) either flying or resting with wings open, like a cross between a butterfly and a dragonfly but with very long antennae. The species here is Libelloides coccajus. 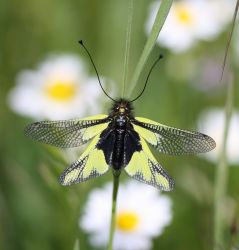 Back to the orchids the first of sixteen or seventeen species of the day (to be honest I lost count before that) was Man orchid, now known as Orchis anthropophora. Among the Ophrys were sphegoides, Early spider, fusca, Sombre bee (seen below with accompanying and properly confused bee that I think is a Common mining bee, Andrena bicolor) and tenthredinifera, Sawfly, the latter pickling a slope at the top of our walk. 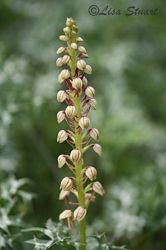 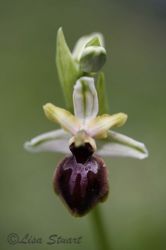 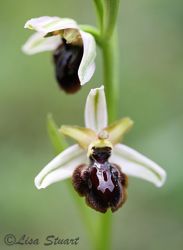 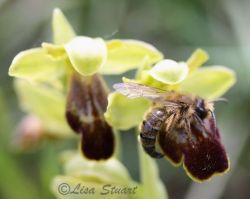 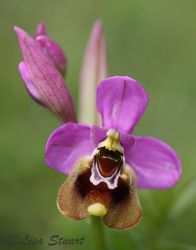 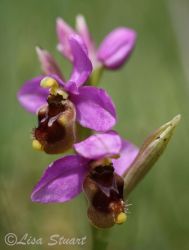 Alongside the myriad yellow forms of  Elder-flowered orchids, Dactylorhiza sambucina, were a good number of Barton's orchid, Dactylorhiza insularis, with just the two remnant dark spots on the lip. On the way down to the lower wet part of the meadow a small patch of luminescent pink could be seen from a way away, Dianthus deltoides. 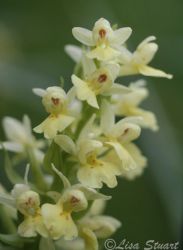 The last orchids of the day were found in beech woods; Bird's nest, Neottia nidus-avis, camouflaged among the dead leaves on the wood floor and Common twayblade, from old English meaning two-leaved, Listera ovata. 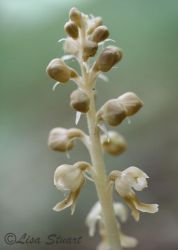 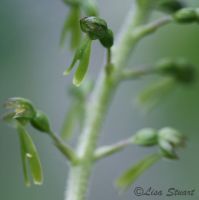 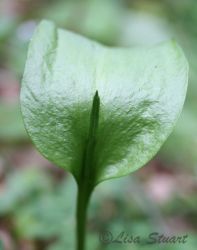 The lush meadows and warm, rocky hillsides were pulsating with invertebrate life. 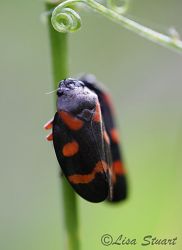 (See the next page for the similar Heath fritillary caterpillar). Teresa found a wart biter, Decticus verrucivorus, but I found it hard to focus while at the same time expecting it to bite at any moment......... 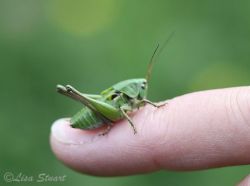 The end of the afternoon and the owlflies were now resting with wings closed, preparing to roost for the night. Peter kindly helped me take my favourite photo of the day, Libelloides coccajus hiding behind a big, fat stalk............. 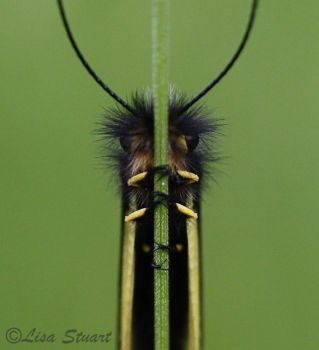 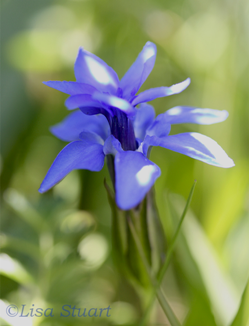 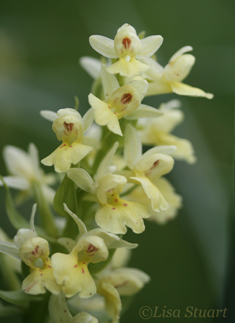 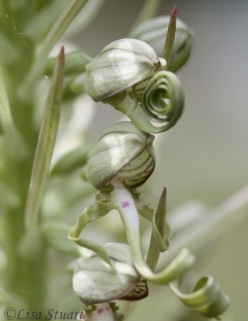 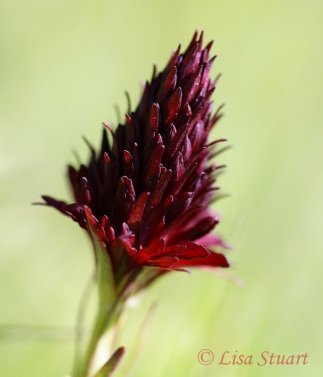 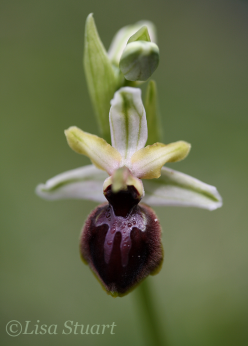 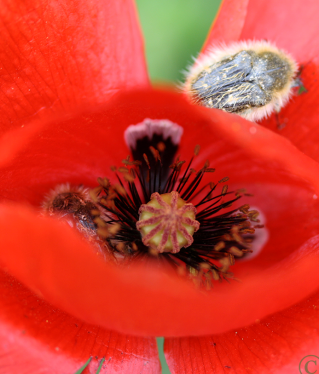 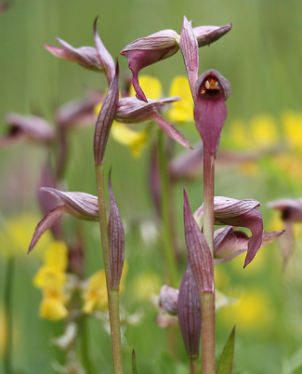