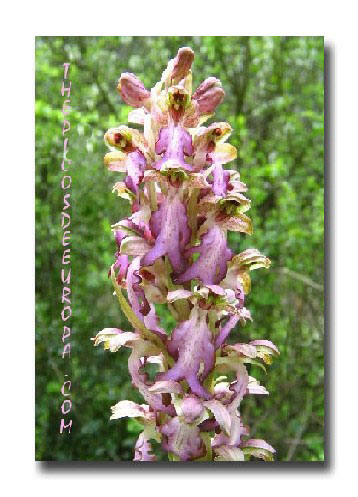 (One of only two Barlia species)

As its name implies the Giant orchid, Barlia robertiana, is one of the largest terrestrial orchids. It can grow to a height of more than 50cm though here, more usually, about 30cm. 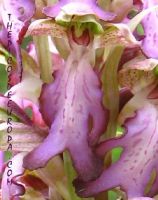 The pale pink to purple flowers are born on sturdy spikes and have a pale green tinge on the upper parts. The long lip, or labellum, is deeply lobed, frilly and rather reminiscent of a plump Man orchid. 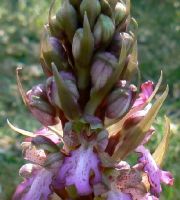 The upper leaves are delicate and resemble bracts. 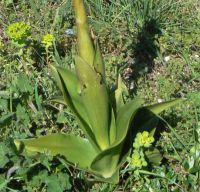 Basal leaves are fleshy, large and unspotted when fresh. They soon deteriorate as the plant puts all its energy into the growth of the spectacular flower head.

These images of Barlia robertiana were all taken in early March near Potes in Liébana valley, Cantabria.