If you’re going to live in a big city you may as well live right in the middle of it, as Nick Lloyd sensibly does, just off one of Barcelona’s main thoroughfares. He wasn’t too difficult to find in the dark. We eventually parked in an underground lock-up and climbed the stairs to chez Lloyd, a high-ceilinged, book-lined flat up among the tops of the nettle trees (probably Celtis australis) within aroma-wafting distance of the local Pakistani restaurant. 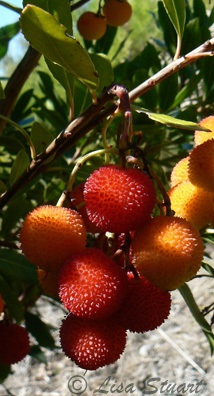 A delicious meal of mejillones and almejas and a good, if brief, night’s sleep later, we were ready to hit the wildlife spots of Nick and Lucy’s hometown. We were off first to the Garraf, home to the Bonelli’s eagle webcam, assiduously monitored (by me at least) until the tragic demise of the first chick. The mainly limestone massif of the Garraf Natural Park rises almost directly from the coast giving tremendous views of the sea below. It’s all up and down in the Garraf. Countless ravines topped by rocky outcrops cut through the hills making mine and Lucy’s game of “Spot the Bonelli’s nesting site” a tad difficult. “Spot the Two-tailed pasha” looked like a winner though when we realised that the carpark of the information centre was littered with Strawberry trees. Not enjoying the ripe fruits of said as we’d expected, but preferring the figs instead, there they were! Appearing a little the worse for wear but nevertheless there, I counted four flitting among the fig trees after the first one on the steps had shown me the way. I’d been saving a banana in the car just for this moment, having read that a good, over-ripe one could attract the species nicely. Having earlier scoffed at the idea of setting “bait”, I noted that T wasn’t so adverse to the idea now. It worked a treat, the butterflies came to the powerfully-whiffy open bag almost immediately but weren’t so keen on a smidgen of the bruised fruit being stuck to a fig branch. 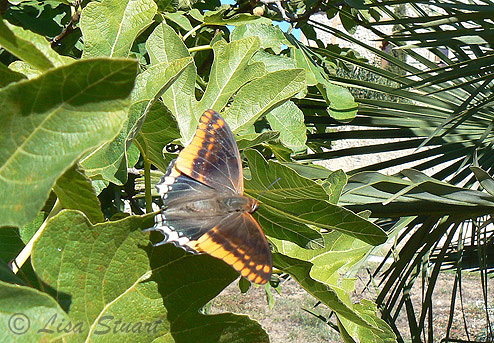 Meanwhile, Lucy and Nick had been for a wander in the botanical garden. The ensuing conservation on their return revealed that they’d seen a solitary “little white flower”. Could it be? Two in one day? Lucy’s camera provided the proof of the pudding, showing a pretty specimen of an Autumn-flowering narcissus. T gamely decided to continue our exploration further into the park, wanting to find her own I suspect. 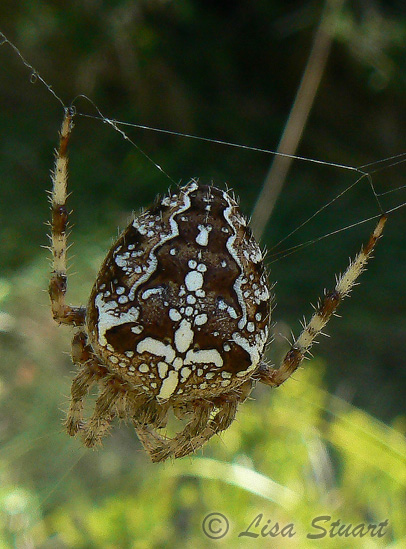 Of the invertebrates encountered in the Garraf that I remember; a spider very si

milar to the one found in Montgó with a V-shaped zig-zag pattern but this time more brightly marked and edged with white (Araneus diadematus?), a wingless female Glowworm (the females hang around glowing while the males look for them on the wing) and a Bagworm found dangling from a metal roadside barrier. An intriguing creature, the caterpillar crawls around eating leaves and attaching twigs to itself as it goes until it’s big enough then closes the end of its “bag” to pupate. Apparently the male of the species can’t live long because its mouth is not fully developed so it can’t feed.

Following a prolonged debate on whether we could fit in both the Delta del Llobregat and Collserola, on Nick’s insistence we visited the former first. Approaching the marshes we passed by a haze of white in the shade of some pines and eucalyptus. Reversing revealed a veritable sea of narcissi. Thank Darwin for that, Narcissus seratinus! We braved the mosquitos to get in there and grab some photos of what reminded me of bluebell woods in the U.K. 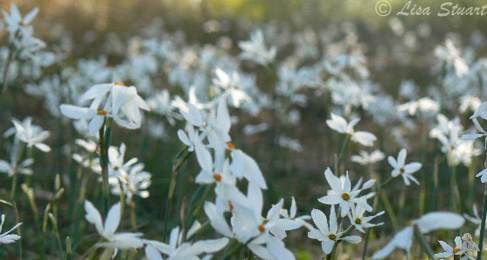 The excitement must have been too much for Nick who selflessly offered to have a siesta/look after the car while us girls ventured into the reserve. The proximity of the Delta del Llobregat

Natural Reserve to Barcelona airport quickly became apparent although the birdlife doesn’t appear to be affected by the noise. The area is also close to another destructive human activity, the red-light district of El Prat de Llobregat. Thankfully the area has been cleaned up and the hides have returned to their original use.
First bird, an Osprey! I was becoming quite adept at identifying them now. Luckily Lucy saw it too and concurred. The lakes and reedbeds are accessed by a wooden walkway that runs around and through the marsh. The path takes you first straight into some reeds and is boarded on either side with viewing slits at various heights, though I can’t believe any bird worth its salt would be fooled by that. Still, I had a look just in case there was the odd brave one. We entered a hide and settled to find Kingfishers darting around the sides. I saw a bird I didn’t know with a rose-coloured breast. T saw it too but knew it was a Waxbill. A couple of Spoonbills weaved through the water on the outskirts of an island in the middle of the lake while we laughed (quietly), along with a very nice man with a very big lens, at the antics of a Cattle egret balancing on a horse’s back. See Lucy’s IberiaNature blog for more photos. Eagle-eyed Lucy pointed out the sun highlighting a Grey heron motionless in the water, surrounded by mosquitos dancing in the rays. Those eyes also spotted Red-eared terrapins sunbathing closer than the ones that had caught my eyes. Dragging ourselves away from this gem, we also saw a sandpiper (possibly Green), more Marsh harriers, Lapwings and Little grebe.

Rousing Nick, we just had time to squeeze in a taster of Collserola (pronounced “Coyserolla” in Catalán), a natural park of wooded hills spread over 8,000 ha. and practically in the city centre. Towards the top of one of its hills, aided by T, Lucy and Nick added to their already impressive knowledge of Collserola’s plantlife. Their new venture as native English-speaking nature guides, sharing their knowledge with others, promises to be a rip-roaring success. As they studied I was more intrigued by the tuneful, and loud, song of a small bird flitting about in the bushes. Determined to see who was singing, I caught a glimpse of a startling eye surrounded by yellow and attached to a bright red beak. What the…? Turns out it was a Pekin robin, Leiothrix lutea, a colony of which are breeding in Collserola having escaped their cages. I wish them luck too.
We had to go, Lucy and Nick to the metro and T and myself towards Lleida (Lérida) and an area I really wanted to see for myself – Los Monegros. With only two more nights remaining on our jaunt, the bears in the Sierra de Cadí and the Arán valley/ a beer with Simon would have to wait for another time.