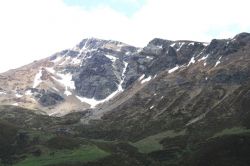 It was bleak, chilly, windy and threatening rain at the top of the San Glorio pass at 10 a.m. on the border of Cantabria and Castilla León. So unpromising that I quickly decided to leave my other lenses and just took my macro, hoping the rain would hold off. Things weren't looking good for images of spring flowers and butterflies but as we entered the Naranco valley via the narrow gorge the wind dropped enough to photograph the plethora of Angel's tears, Narcissus triandrus spp. triandrus, adorning the pathside. 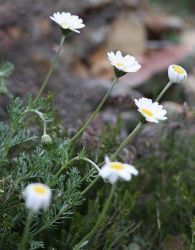 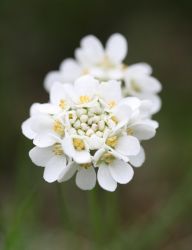 Among the broom on the lower slopes I found stands of Great yellow gentian leaves, Gentiana lutea, vowing to myself to return later in the summer especially as there were lots more as I progressed off the path and into the valley proper. 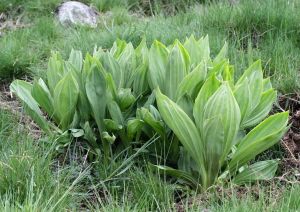 Colours changed away from the path, cream and white giving way to shades of pink in the form of Dog's tooth violets, Erythronium dens-canis, and blue Spring gentians, Gentiana verna.

I was really pleased to stumble upon two Elder-flowered orchids, Dactylorhiza sambucina, just coming into flower on a rise on the way up to the Boquerón de Bobias. By this time the main group had left me way behind on their way up to the summit to meet the other group coming from León. 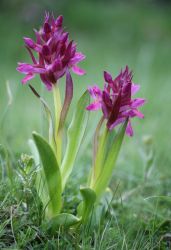 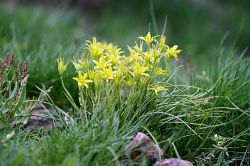 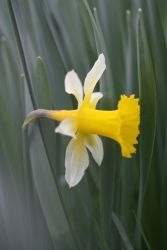 By now the sun had broken through but not enough for any butterflies. In fact the only invertebrate I found, apart from flies, was this Oil beetle, Meloe proscarabaeus. I'll be back on a sunny day in July to do my own "testing" by which time the valley will be swarming with insect life. 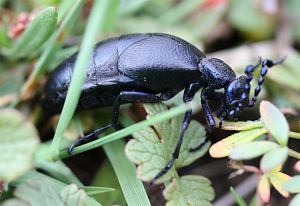 On the way back to the pass the bilberries, Vaccinium myrtillus, were in bud promising a tasty late-summer snack for the brown bears that are known to visit the area to forage and earlier in the year, when the snows melt, to search for mates. May the ski resort never happen. 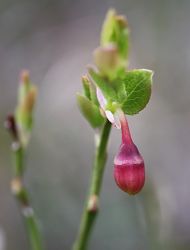 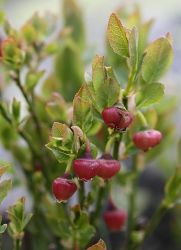